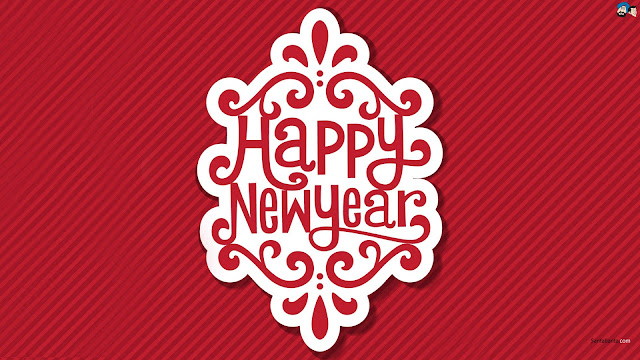 I'm only two days late for this message but if you know Punjabis, you know we never run on time.

For me, it was just another year really..until the latter part. I was muddling through, working away at work, enjoying myself as you do..

Then two things happened, I had my appraisal at work and my boss told me that 'time waits for no man', this resulted in me going back to my desk and looking at houses online.  I found one that I fell in love with.  Now, I've wanted a townhouse for as long as I can remember and I told myself I would have one before I was 30.  So, with Simon in tow, we went looking at townhouses all over er..town.

There were some that were gorgeous on the outside and a tip on the inside, then there were estate agents who thought they could pull the wool over my eyes and charge me for things that I had never agreed to buy. Anyway, we found one that was perfect and it is now ours.  We're meant to move in in January but as Simon has the norovirus, that doesn't look likely.  The old owner however, is very nice and has given us until March to be fully moved in.  This house is further away from work than my flat but onwards and upwards as they say..  The brilliant thing is that it has also cut out our 'games room/study' argument as it has enough room for both!

The second thing was a party for my brother's birthday. A photo of me was taken and I died when I saw it. You couldn't tell where my chins ended and my chest began.  Having said that, I was sitting with my head tilted downwards.  So, I joined the gym and I am now 40 lbs down.  I've got a fair way to go but I'll get it done this year as I've managed to knock a bit off already so going to the gym isn't that daunting.

The funny thing is, I know another larger lady and we were discussing this yesterday and she said that she didn't like going to the gym as she was the biggest person there.  I only realised that I was the biggest person in my gym in the dying weeks of December but I don't really care..I don't go to the gym in the hope of having a quick bunk-up by the lockers.  I go there to sweat my arse off and get fitter. Plus, once you're working out, you ignore everyone around you and get on with it.

I know everyone who has lost weight always gives out tips but the two things I will say are this. Firstly, nobody can make you lose weight.  You won't get serious about it until YOU want to do it.  There's no point just looking at other people and wishing yourself thin.  The second thing is that it truly is a mind change..I used to eat a sandwich from Pret (too many added calories), crisps, Diet Coke and a chocolate for my lunch...and I thought that was healthy.  What I'm trying to say is,just because it is a sandwich, doesn't mean it is healthy..read the labels!

My resolutions for the new year are what a poser would call eclectic.  They range from losing another 10-15 kg (this will be topped up once I hit this target..I am looking at mid-March for the 10kg mark..) to learning how to play poker.

What are your resolutions?  I won't apologise for going on about the weightloss but it has spurred me to make resolutions because now I know I can achieve things!
Posted by Rhamnousia @ Desi Girl Does Makeup

Thanks for your comments everyone! I do read each and every comment left and I try my best to answer any questions.

If you have a burning question and would like an in-depth/personal reply, feel free to email me at rhamnousia84@hotmail.co.uk or desigirldoesmakeup@hotmail.co.uk and I'll reply as soon as I can. You can also tweet me (@rhamnousia84) but you'll need to be following me if you want a reply via DM.

A quick note to any companies who come across my blog: Please do not use my comments section as a way to advertise your website. If you'd like to feature your site on my blog then please get in touch by emailing me at rhamnousia84@hotmail.co.uk.

Looking for something in particular?

A reader who fancies shooting the breeze? Requests for product reviews? Get in touch with me at rhamnousia84@ hotmail.co.uk or desigirldoesmakeup@ hotmail.co.uk

The archive of rambles